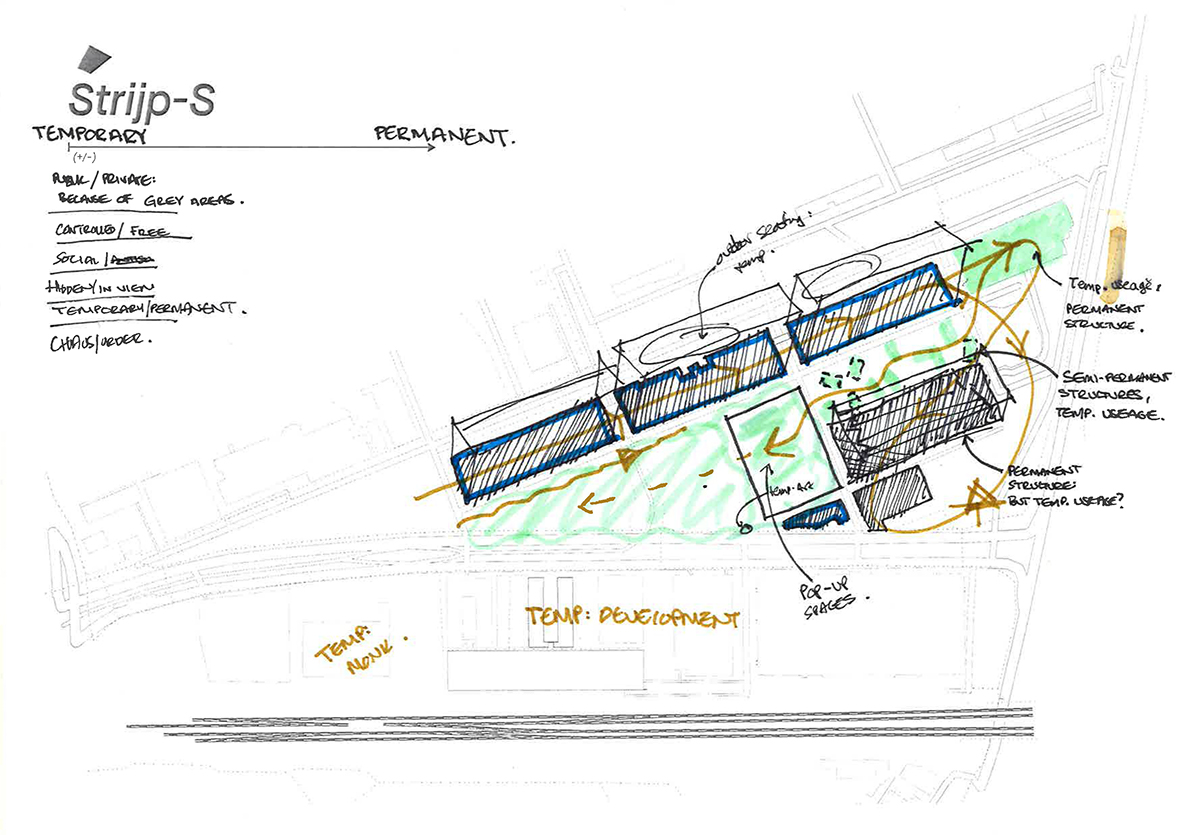 By physicalizing and enacting research along with these coordinates, SD Masters students were offered a set of conceptual and methodological entry points that will enable them to inquire into the relationship of design with systems of power though processes of [self]orientation.

Performativity, as a bodily practice that produces meaning, will function both as an analogical and analytical tool that helps revealing the active, social construction of reality and the techniques by which individual behavior is determined by the context in which it occurs (and vice versa). Subsequently, performative methodologies are used to explore the performative and staged context of social behavior.

Co-produced with designer Gabriel A. Maher.

Students are challenged to physicalize and [re]enact their research into the phenomenology of orientation through [self] reflexive participation and diagrammatic interpretation.

This conceptual apparatus in [dis]orientation and the use of [re]- orientation strategies will function within this scheme as a force with the potential to destabilize organizational principles and logic and to disrupt patterns in the cultural politics of movement and gesture. This proposition has two consequences. Firstly, it brings forward the body and its phenomenological and material implications; and secondly, it activates a vocabulary that relies heavily on metaphor, in analogy.

Underlying and enrichening this approach, intersectional frameworks within design and foundations in queer – feminist perspectives will be employed. 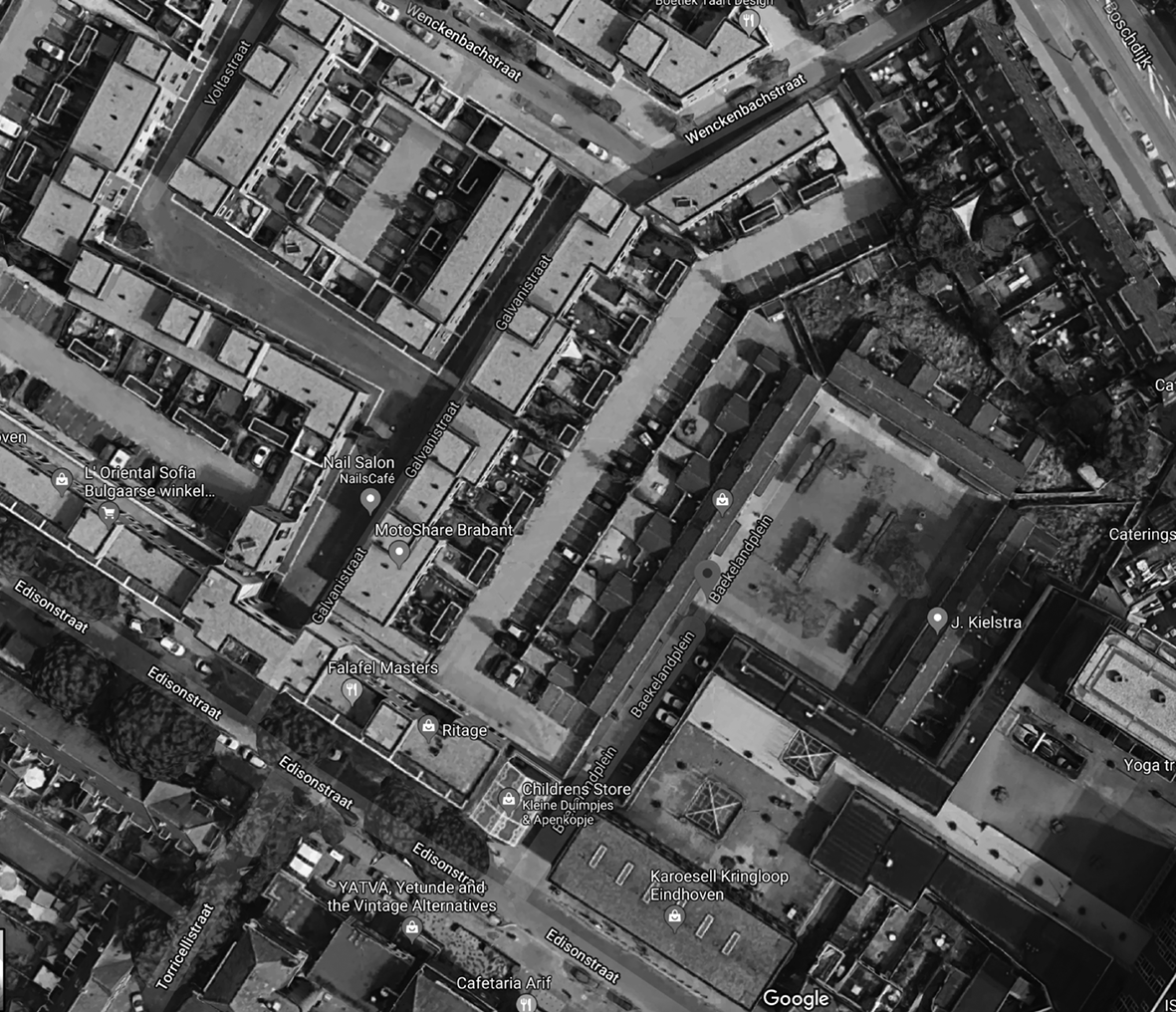 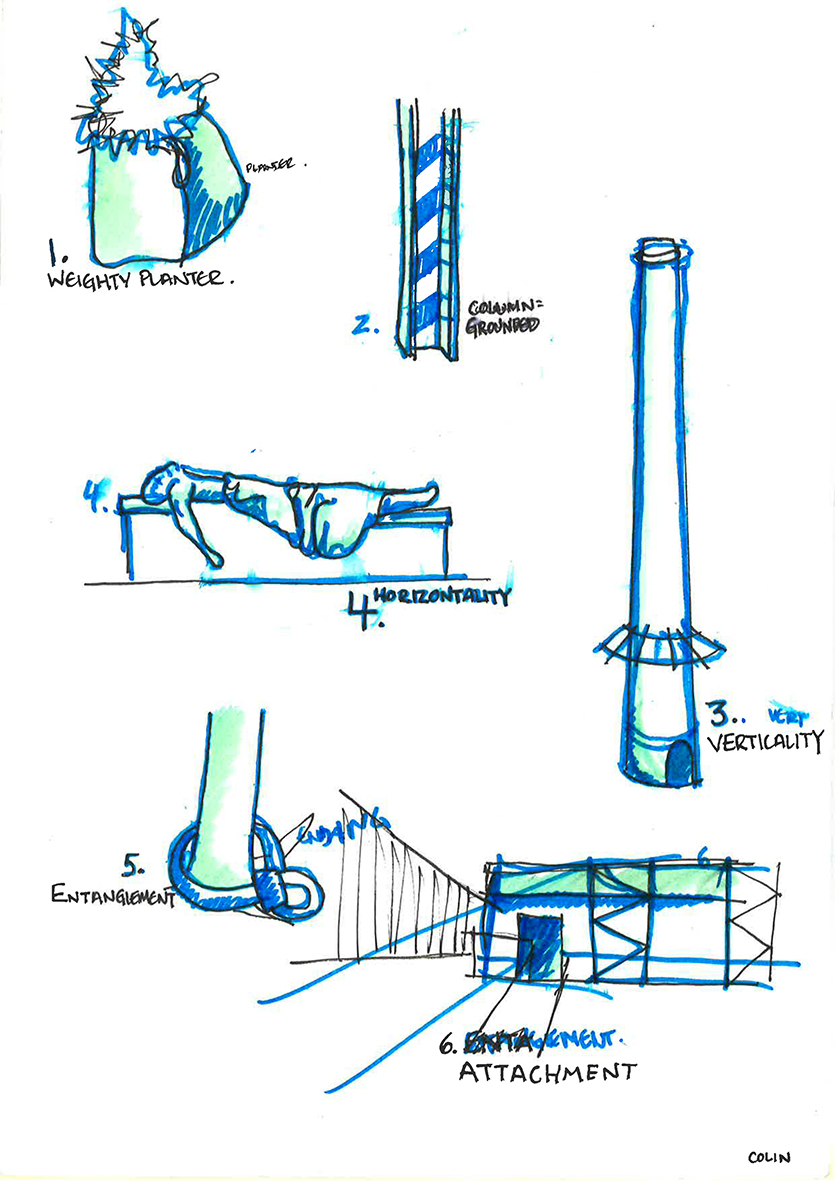 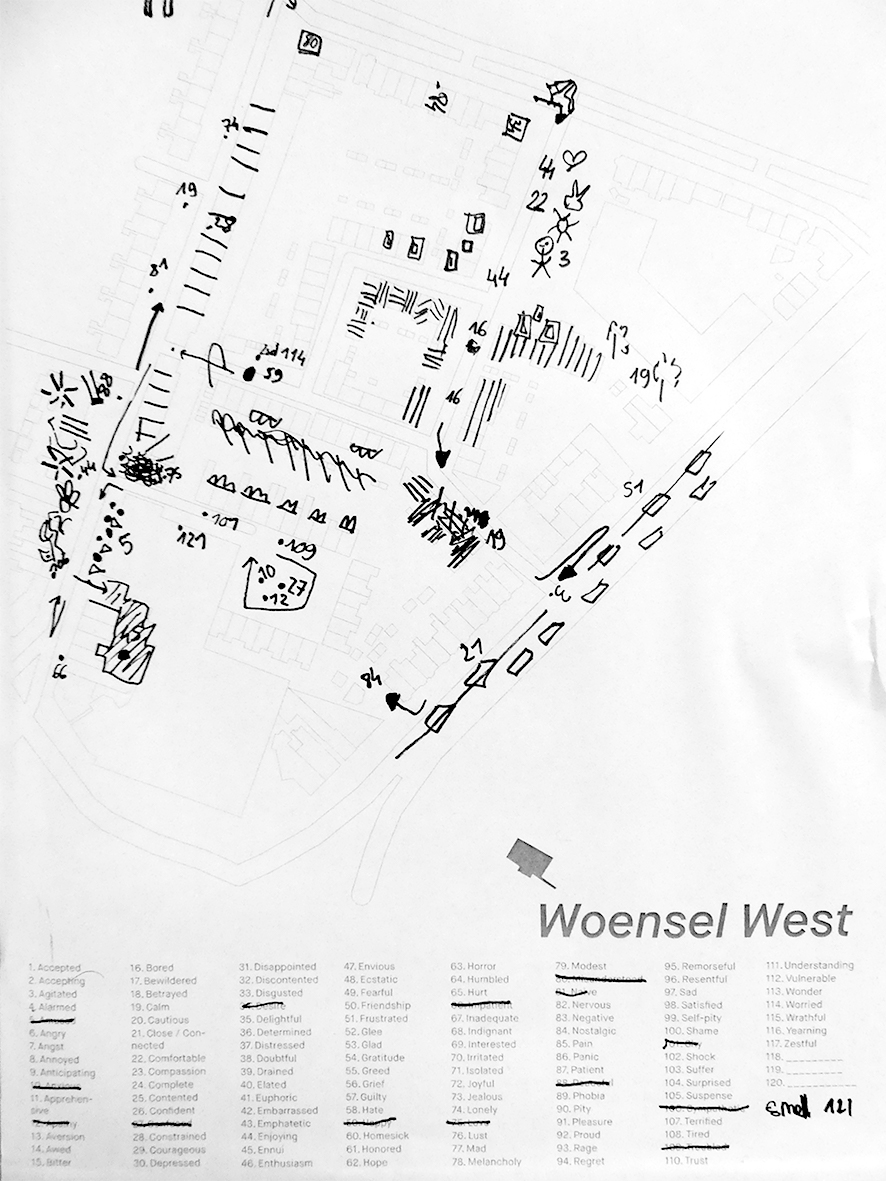 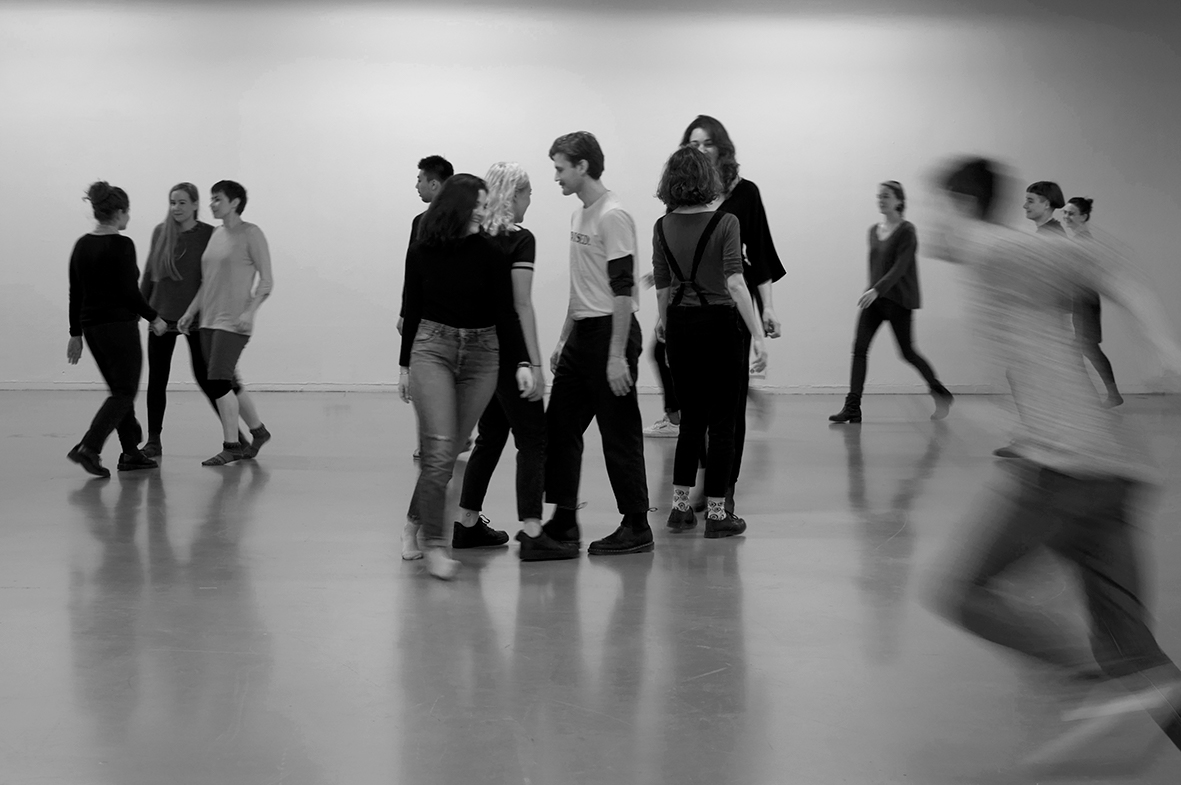 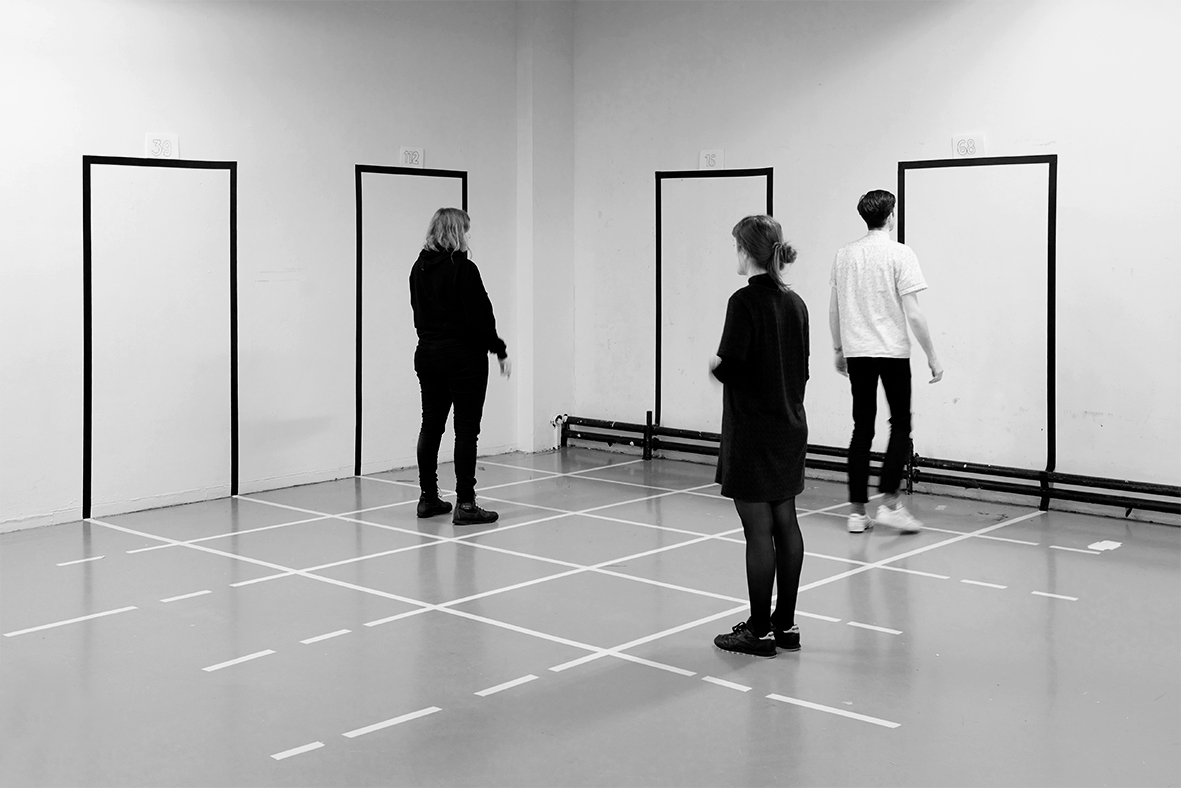